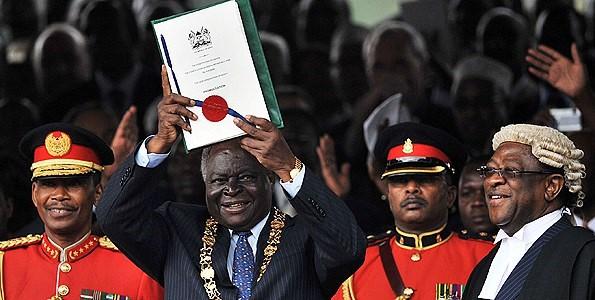 I find the quote, “The tree of liberty must be refreshed from time to time by the blood of patriots and tyrants”, by one of America’s founding fathers, as most disturbing when used by present day advocates of liberty.

The sentiments portrayed in this quote might have carried currency during the time of its voicing, and in the context of the then prevailing circumstances, but since then, there has been a tremendous shift in thought and moral standards. Owing to man’s intelligent nature, his moral standing is always under the unerring refinement of time.

The story of the liberty movement in Kenya is a sad one. It is replete with tales of human suffering and heroic sacrifices. Unlawful detentions, torture, murder, unexplained disappearances and forced exiles among others, make up the script of the blood cuddling experience of those who dared to challenge the status quo. It is unfortunate that the perpetrator in these villainous acts is the government, which in abdication of its core mandate turns about and violates that very which it was established to be a vanguard of.

A constitution is a social contract between the people and their leaders. It is supposed to give requisite freedoms, guard against their violation and be a beacon of light to the attendant responsibilities. If it originates from the people, and generated by conscience, it would reflect the aspirations and represent the will of the people. Implementation would be almost automatic and effortless. Its operationalization would ensure a harmonious and prosperous society. The inevitable consequence of the law made by the people is service to the people. There would be no need for acts of violence to preserve human dignity.

For people to attain that level of achievement, it would entail a consistent rise in collective conscience, or where a majority of people possess a higher level of conscience, and are committed to the upholding of human dignity regardless of social standing. The principal of human freedom and equality becomes the defining tenet, and those who lead in the movement become the natural leaders, and their ultimate obligation is service to the people.

In the alternate, if in a community of people, only a minority have a higher level of conscience than the prevailing majority and where the primary object of those gifted with a higher level of conscience is not protection, and upholding the sanctity of human dignity; the objective inevitably becomes exploitational. We can therefore conclude that there are two types of laws; those made by the people and those made for the people. The law made by the people serves, protects and guards the people against the tyranny of the state.

Consequently, in a scenario where the law is made for the people, most often by as small elite, who are not guided by morality and the principle of human dignity, the inevitable result is exploitation of the people. The law becomes a bulwark for the government against its people, and since the motive is self-serving, its lifeline centers on the ignorance of the people and is in the best interest of the state to deliberately, through omission or commission to disenfranchise the people for sustenance.

The debate about public participation in the implementation of the constitution confounds me no less when I consider the amount of enthusiasm that was witnessed at its making. Excitement went right through the roof during the referendum drive, and pomp and colour was in abundance during the promulgation. It was touted as perhaps the most progressive document in the world and a source of envy to our neighbours. The atmosphere was pregnant with expectation, and the talk in town was; behold, a new dawn!

But the aura of hope generated has since come a cropper. Things are going full circle and the blame talk of the government trying to roll back the gains made through blood and sacrifice is back. I would call this the critical moment where we need an honest soul searching. For starters, we could begin by asking; did we make the constitution, or were we shopped to believe that we did? And if we did, was it out of necessity or requirement? Bertolt put it that the law is made for one thing only, the exploitation of those who don’t understand it, or are prevented by naked misery from obeying it.

These are the questions to be rested before the public is questioned of its participation. If any of the answers do not allude to the concept having originated from the people, the place to start is to bring the people on board first, and start at the beginning. THE CONCEPT OF THE CONSTITUTION.

Maroko Nyachio is a handcart operator.